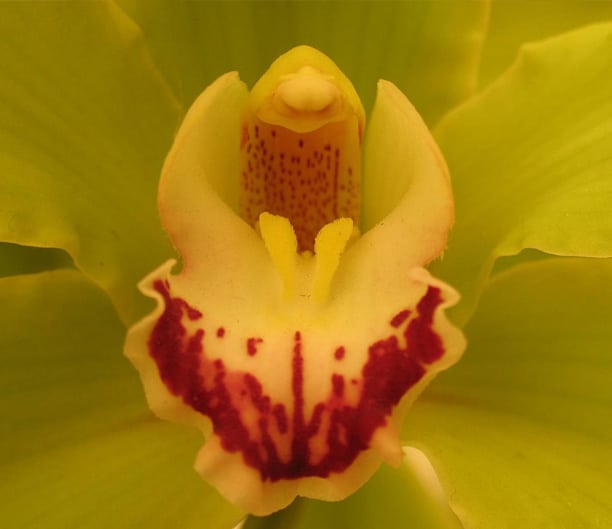 Plastic Surgery and Women, the various kinds of private surgeries women do and what they are.

Documented since the time of the pharaohs in ancient Egypt, women throughout history have modified their genitalia via adornments, devices, colorations, bleaches,

and reductive and expansive techniques.

Women are often embarrassed to discuss their desires for aesthetic surgery of the genital region with others but rather choose to research the topic anonymously on the Internet. They have heard of labiaplasty in the media (e.g., Plastic Wives, The Doctors, Dr. 90210) and understand that their requests for aesthetic improvement of the vulva are not unfounded.  Liao LM, Creighton SM. Requests for cosmetic genitoplasty: How should healthcare providers respond? BMJ 2007;334:1090–1092.

As women become more comfortable with the idea of elective procedures on their faces, breasts, skin, and so forth designed to enhance their appearance and self confidence, it is not surprising that they may wish to alter, change, “rejuvenate,” even more intimate areas of their bodies. Goodman MP. Female cosmetic genital surgery. Obstet Gynecol 2009;113:154–96

A woman has the opportunity to request alteration of her vulva and/or vagina for a variety of reasons. There are cosmetic and self-esteem rationale as well as functional complaints.

Some common complaints are:

Loss of “feeling” with intercourse?
Vagina feels “loose and floppy?”
Intercourse is “just not the same?”
Labia minora (vaginal lips) looks cosmetically unappealing or “in the way” during intercourse?

Regarding the vulva, distress with the appearance of “flaps” or “elephant ears” or other protrusions beyond the labia majora; self‐consciousness; and distress over potential prominence or slippage of enlarged labia from beyond the confines of thong‐type undergarments or swimwear predominate on websites, blogs, and office commentary. Discomfort (“chafing”) with sports, sexual, and other activities; discomfort with tight clothing; necessity to “re‐arrange” the labia for sexual intimacy; and hygienic difficulties predominate the functional complaints. Redundant labia majora are described as “droopy,” or the patient dismays over the appearance of “camel toe.”

Pregnancy as well as weight gain will produce an increase in size of mons pubis, the area immediately below the abdomen overlying the pubic bone extending upto to the clitoris and labia majora (outer lip). Weight loss and natural involutional changes following delivery or with age will commonly result in unpredictable degrees of skin laxity and ptosis. Some women are made acutely aware of the condition because it may become even more obvious following abdominoplasty when the veiling fat and skin has been removed. Patients have reported difficulties with maintaining hygiene that commonly results in rashes and fungal infection like candidiasis.

Sexual issues dominate pelvic floor complaints in women inquiring about a vaginal tightening procedure. They describe a “sensation of wide/smooth vagina” with secondary diminishment of friction, less sensation, and greater difficulty achieving orgasm, at times concomitant with displeasure regarding the visual appearance of the introitus.

Awareness of the availability of these procedures has been driven in large part by the Internet and the lay media’s fascination with this topic. This has driven demand for these procedures.

Labiaplasty: Labiaplasty is the most commonly performed cosmetic genital surgical procedure. It involves surgical alteration by reducing of the size of the labia. Although this usually involves reduction of the labia minora (LP‐m, the inner lips of labia) or, less frequently, labia majora (LP‐M, outer lips of labia), occasionally LP involves reconstruction after obstetrical injury or, more rarely, enlargement via injection of bulking agents or fat transfer.

LP-m can be either a straight line excision of excess tissue or a wedge resection. This is decided depending upon individual patient presentation and surgeons preference.

Clitoral Hood Remodelling: it involves excising extra fold of skin hanging over the clitoris like a curtain. The procedure is often combined with labiaplasty.

Monsplasty: simple volume reduction to address deposition of fatty tissue is accomplished with “liposuction” where as Mons reduction is often performed at the time of abdominoplasty when sagging droopy mons is rejuvenated by excising excess skin and soft tissue. Treatment goals are to accomplish a smooth transition from the abdomen to the pubic region.

Vaginoplasty: Vaginal rejuvenation is a relatively new term that refers to repair of the vaginal canal and opening of the vagina by reducing the vaginal caliber by tightening its wall for enhancement of sexual function.

However, sexual dysfunction is very complex and multifactorial, and of course a surgical procedure to repair vaginal support and reduce the vaginal caliber will not

reverse or change psychological or psychosocial sexual dysfunction arising from previous abuse, relationship issues, depression, or other more complex psychological dysfunction. Decreased sensation and difficulty achieving orgasm may be secondary to nerve damage from childbirth, muscular changes, or soft tissue changes, and to date we have no way of studying or confirming the exact cause prior to surgery.

Researchers have found that nearly 50–75% of patients who present for vaginal rejuvenation have symptoms including leaking of urine, incomplete urination, incomplete passing of stools, painful sexual intercourse which result from an additional underlying problem called as Uterine prolapse, cystocoele and rectocoele. It should be noted that vaginoplasty does not address these problems. We determine what surgery will need to be undertaken as the prolapse must be corrected first, prior to any rejuvenation procedures being completed. In patients who present with these symptoms we involve a gynecologist or a urologist to perform additional procedures to address these issues.  Ozel B, Whiute T, Urwitz‐Lane R. The impact of pelvic organ prolapse on sexual function in women with urinary incontinence. Int Urogynecol J Pelvic Floor Dysfunct 2006;17:14–17

Labiaplasty and Clitoral hood remodeling can be combined in one procedure with or without Vaginoplasty. However, recovery takes longer with combined procedures.

Patients at higher risk for medical or surgical complications and poor wound healing are:

Why do these procedures appear to “work?”

Results: Be Realistic- What to you expect: :

Genital tissue is rarely “smooth and regular” prior to surgery, and that it will not be so after a surgical procedure. Patient can realistically expect reduction in size, and the cosmetic and functional benefits that may accrue from that, but they cannot expect “perfection,” exact symmetry, or a specific outcome.

It is uncommon for patients to have significant post‐operative pain. Patients will uniformly experience some degree of swelling or bruising that is frequently asymmetric. We begin icing the labia while in the recovery room immediately in the postoperative period. Patients are instructed to continue icing 15–20 minutes of every hour for the initial 48–72 hours after surgery. Patients are prescribed anti-inflammatory medications to control pain and reduce the swelling. Patients are instructed to only wear loose fitting clothing and no tight undergarments. Patients may shower the following morning and are encouraged to avoid touching the operative area with fingers when possible to decrease risk of infection. They are also counseled to refrain from sexual intercourse and placing anything in the vagina (like tampons) and only to shower (no submersion/using bath tub) for a period of 6 weeks. Post‐operative visits should be regularly scheduled to monitor residual swelling. Patients should expect pruritus upon suture dissolve, and anti-histaminics can be prescribed to ease these symptoms. At 4–6 weeks initial results may be appreciated, and full activities, including sexual activities, may be resumed. However, it will be 3–6 months before final results are manifested. Michael P. Goodman. Female Genital Plastic and Cosmetic Surgery. 2016 th Edition.

Monsplasty: Since it is usually combined with abdominoplasty, the patient requires pressure garment to be worn to achieve compression. If monsplasty is performed as a solo procedure then, gauze with a gentle abdominal compression band is applied. Swelling and bruising is expected for 2 weeks. Wound care is advised and the area should be kept dry to avoid skin maceration. Scar modulation takes several months and scar remodeling creams are advised from 3 week after the surgery. Abdominal compression is continued for 6 weeks postoperatively followed by commercially available compression garments (i.e., Spanx™) for a total of 6 months after surgery. Michael P. Goodman. Female Genital Plastic and Cosmetic Surgery. 2016 th Edition.

Vaginoplasty: Many of the procedures are completed on an outpatient basis and the surgery is completed under local, spinal, or general anesthesia. Vaginal packing is left in post‐operatively and removed prior to the patient being discharged. Routine instructions for vaginal surgery are given to the patient and she is seen for follow‐up at 4 weeks post‐operatively or sooner as indicated. The vaginal introitus and caliber are

assessed and if felt necessary the patient will begin perineal massage in a warm water bath for 1 to 2 weeks prior to resuming penetrative sexual intercourse. Michael P. Goodman. Female Genital Plastic and Cosmetic Surgery. 2016 th Edition.

Whom should you approach for Female Genital Cosmetic Surgery?

A Plastic Surgeon Or a Gynecologist are appropriate surgeons to perform the surgery. Hence chose your surgeon wisely!

previousHollywood Smile, what it is, what to expect and how to differentiate?