Since the Roux-en-Y / RNY Gastric Bypass surgery involves rerouting of food past a large part of the stomach, as the new stomach needs time to digest the food and push it through the gastrojejunostomy opening into the small bowel, patients need to ensure that they do not eat too much in one sitting as, if not given adequate time to digest, vomiting is likely to ensue. In time, the stomach will start to stretch, giving the patient a feeling of fullness; in some cases this stretching sensation may bring discomfort.

As with all surgical weight loss programs, patients need to adhere to a strict dietary regime after the Roux en Y Gastric Bypass is performed. For the first 18 months post- surgery, patients must consume no more than 800 calories per day which, after 36 months, can be slowly increased to 1200 calories per day. In addition, sugars and fats must be avoided to prevent ‘Dumping Syndrome’, which occurs when food and gastric juices from the stomach move to the small intestine extremely quickly, usually within 30 minutes of eating; the resultant symptoms include abdominal cramps, diarrhea, nausea, vomiting and a rapid heart rate.

The vast majority of Roux-en-Y Gastric Bypass surgeries are performed by laparoscopy under general anaesthetic, with an average of six small incisions made to ensure minimal scarring and a quick recovery time.

The procedure takes around two hours to perform and involves three key steps. First of all, the surgeon creates a new, smaller stomach – which, in medical terms, is referred to as a gastric pouch – from the existing stomach. Secondly, between three to four feet of the small intestine is bypassed – in total, this is usually around 20 feet long. Third, the bypassed digestive section is connected to the lower section of the small intestine, where digestive juices mix with ingested food to start breaking it down to its component parts (nutrients, sugars, fiber and so on). Most patients need to stay for one or two nights in hospital after the procedure.

Who is a good candidate for the roux-en-y gastric bypass?
The procedure is suitable for overweight and obese people with a body mass index (bmi) of 40 or above. For those with a serious health problem, such as Type 2 Diabetes or high blood pressure, their BMI needs to be 35 or above.

How much weight can be lost with the roux-en-y gastric bypass?
Weight loss with the Roux-en-Y Gastric Bypass tends to be rapid, with most patients losing between half to 80 per cent of excess weight within 12 months after the operation. 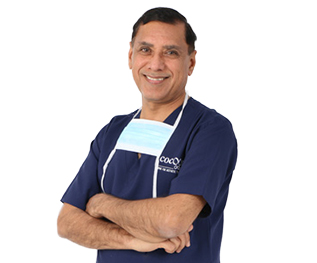 Cocoona is the only clinic in all of UAE that offers free patient safety assurance. What this means for you is that you will be covered for specified post-operative complications up to AED 50,000. This is like an insurance cover with a limit of AED 50,000. Click here for details.

Now, that you have more information about roux-en-y gastric bypass, you have to make the decision about choosing the best weight loss surgeon and clinic for getting your surgery done.