Nail disorders are quite common and can affect any part of the nail without changing its appearance in any manner.

Given below are some of the most common nail disorders that people can suffer from.

This disorder can be caused due to several reasons including improper cutting of nails, tight footwear and even hyperhidrosis. It can cause pain and even lead to infection and difficulty in walking.

This disorder enhances the soft tissue growth of the distal part of the fingers and toes. Finger clubbing has been found to be related with other major ailments such as congenital heart disease, infective endocarditis, lung cancer, cystic fibrosis etc.

In this disorder, the nail gets detached from its bed along the base and sides, enabling dirt to get accumulated in the space created underneath. This condition can be either be inherited or caused by systematic diseases, skin ailments and exposure to chemicals or trauma.

These linear hemorrhages occur parallel to the long axis of the fingernails or toenails. This disorder can be caused by trauma, infective endocarditis, vasculities, haematological malignancy and severe anemia.

In this disorder, center groves are developed in the center of the nail besides which the cuticles become inflated and are pushed back. This is generally caused by patients picking their proximal nail fold thumb with an index fingernail.

Get in touch with our dermatologist to treat your nail disorders without delay. 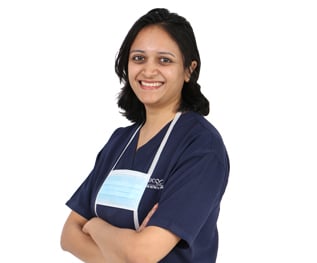 GP with extensive experience in skin care, cosmetology, and general medicine; Dr Purva is a strong advocate for being beautiful – in and out 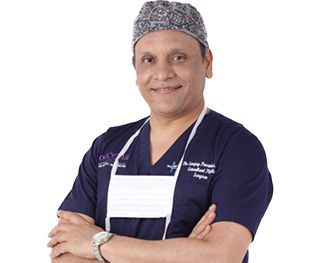