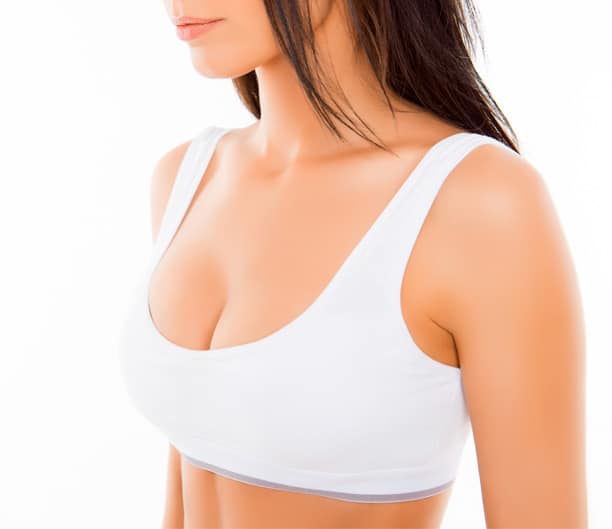 The first thought of using implants to enhance breasts was sowed in 1962. Frank Gerow was a surgical resident and while he was carrying a bag of blood from blood bank to the wards, he felt the bag felt like breasts. The crazy idea was shared with Dr Thomas Cronin who liked the concept and started working on the idea along with Thomas Biggs. I have been fortunate to meet Thomas Biggs and listen to this story several times.

Prior to this there were medical records of industrial silicone being injected directly into breasts as early as 1945. (Ref: Reuters World news)

From 1951-1962 a number of different materials were used such as Ivalon. A polyvinyl alcohol sponge that was inserted under the breasts but eventually was removed as it caused hardness.

Dr Thomas Cronin and Dr Thomas Biggs developed the first Silicone filled implants and used it in 1962 on a woman who has now turned 80.

In 1976 The US Food and drug administration (FDA) regulated the silicone breast implants to ensure its safety.

But in 1991, there were several incidences of rupture of implants leading to leakage of liquid silicone.  In April 1992 The FDA advised its use only for reconstruction after surgery or to correct congenital deformities. The silicone-based implants were pulled out of the market in US, UK and several countries.

In 1995 the silicone implants were replaced by saline filled implants (inflatable). The first saline filled breast implant was created in France in 1965 by Dr H G Arion. However it had very high incidence of rupture, leak and abnormal “sloshing sounds”.

After several modifications of silicone gel to make it more medical grade and safe, it cam back in market and year 2000 France lifted its ban on silicone implants and 2006 FDA did that in the USA.

There was a brief period of time when other materials were used inside silicone bags such as Soy oil and Polypropylene string but it had other risks that lead to its disrepute.

After the first, second and third generation implants silicone breast implants; there were significant improvement in its development to make it safer.

The fourth and fifth generation Implants used more cohesive gel and newest highly cohesive implants were approved in 2012 and 2013. The fifth-generation implants are also strong with low- bleed shell.

As the internal silicone material improved with time the shell covering also went through several changes.

In the beginning the silicone bag or shell was thinner to make it feel softer and more natural, however the combination of liquid silicone and thin shell had higher risk of leakage and rupture.  Yet another risk was capsular contracture that was assumed to be due to smooth wall of the shell.

The smooth shell was than replaced with textured shell to reduce risk of contracture.  A newer implant type with polyurethane sheath was introduced; however partial degradation of PU foam led to speculation of carcinogenesis. The FDA estimated higher risk of cancer with PU foam implants. (Ref W Peters. The evolution of breast implants. Can J Plast Surg 2002;10(5):223-236.)

Textured implant certainly had lowered incidence of capsular contracture. McGhan in 1987 developed Biocell surface implants, Mentor in 1988 developed siltex technique and these implants are still very popular. Some of the companies developed other techniques of texturing the implant that fell out of disrepute. The reason was under some circumstances there could be collection of fluid around the implant that could lead to immunogenic reaction.

Recent studies have shown that textured implants carry higher risk of a rare form of cancer called Breast Implant Associated Anaplastic Large Cell Lymphoma (BIA ALCL). It is not a breast cancer but a cancer of the immune system. As of June 2019 732 cases of BIA ALCL have been reported worldwide (Published by International Consortium of Investigative Journalists)

The new era of implants is developed with principles of “microtexturization and Nanotexturization. The velvet surface and silk surface are some newer breast implants that have low roughness and implies low friction and therefore no lose particles (ref- Nanotechnology, nanosurfaces and silicone gel breast implants)

Evolution of the procedure for Breast implants

The earlier practice was to insert the implant in front of the muscle. For many decades the implants were placed above the muscle just under the gland. The approach was different, either from an incision underneath the breast or around the nipple. Because the scar was located on the breast region, surgeons developed new approach either through the under arm called axillary approach or through the umbilicus called as Transumbilical breast augmentation (TUBA).

As not all people were ideal candidate for above the muscle implantation, a technique was developed to place the implants under the muscle called as submuscular breast implantation.

However, as the breast is dynamic and changes its position over time whereas the muscle does not, a submuscualr implant has risks of high riding implant and water fall deformities. So, a technique was required to ensure that the implant follows the breast over a period of time.

In 2006 Dr John Tebbetts who described an innovative method called dual plane breast implantation that ensures the implant is covered partially with muscle and remaining implant is placed in the lower pole of the breasts published a research. This ensured that the implant moved with the breasts as it sags. This technique adjusts implant and breast tissue position to ensure the implant is protected in the upper part while optimizing the position of implant in the lower pole of the breasts (ref Plast Reconstr Surg. 2006 Dec;118(7 Suppl):81S-98S; discussion 99S-102S.

This procedure is still very popular and widely used worldwide. In my experience of 25 years, I select the patient based on the size of their breasts, position of the breasts in relation to their chest muscle and predicted drop in breasts as they age.

With the advances in technology and better understanding the surgical technique has evolved to make it safer with early recovery and stable long-term outcome.

In the past the risks of bleeding, hematomas, capsular contracture, and infection were a big concern. The surgery time was often longer extending for few hours in many cases. The anesthesia was a concern, risks of blood clots, embolism were higher. Continuous research and studies have helped to improve the quality of the surgery.

The general anesthesia now used in most cases is called “laryngeal mask” or “supraglottic mask) in opposed to intubation. This has minimized the use anesthetic drugs. Patients recover early without much PONV ( postoperative nausea and vomiting) and grogginess (Ref: anesthesiology.pubs.asahq.org › article)

Tumescent infiltration that contains cocktail of medications such as lidocaine, adrenaline and normal saline has revolutionized the whole procedure.

This injection is done prior to the surgery is started. This allows the blood vessel to shrink temporarily and enables us to perform bloodless surgery.  Hence the risk of  haematoma is dramatically reduced. In my practice in Dubai, UAE since 2005 I have had 0% hematoma in total of 1500+ that I have performed.

Use of lidocaine has reduced postoperative pain so most of the patient either is discharged same day or next day.

The surgery now lasts anywhere between 40-50 minutes reducing the morbidity of the procedure.

Evolution of Protocols for a successful Breast Implantation

There are several protocols to predict and prevent complications in Breast Implant surgery.

In our series of 1500+ breast augmentations that I have performed here at Cocoona in Dubai, risks of infection, DVT, embolism has been 0%. The reason being the protocol ensures identification of risk factors in patients and selection based on fitness for surgery. Secondly protocols also guide us to follow steps to prevent such complications. These pertain to Infection control policy, DVT prophylaxis policy, ASA (American Society of Anaesthesiologists) criteria to predict operative risks ( Ref: American Society of Anesthesiologists Classification (ASA Class)Daniel John Doyle; Emily H. Garmon.)

Selection of Implant Size and type of surgery

An Ideal breast implant surgery is where the size and position of the implant is appropriate to the anatomy of the breasts. We thoroughly analyze the breasts and follow established protocol.

Breast anatomy-based planning implant-sizing system offers superior outcome longevity as compared to just patient preference.   On the other hand, if the implant size is selected based on patient or surgeon preference the result may be short term with higher risks of complications such as thinning of breast tissue, sagging and visible implant distortions (Ref Matching the Implant to the Breast: A Systematic Review of Implant Size Selection Systems for Breast Augmentation

The new innovative method of assessment also allows determining if implant alone is suitable or patient may need breast lift as well. This combined procedure is known as augmentation mastopexy.

Breast augmentation can be very safe surgery if all the parameters are fulfilled. It starts from ideal patient selection who is a fit and healthy female with stable weight and who has enough fatty tissue with some breast tissue to give a nice envelop over the implants.  The size and position of the implant is appropriately chosen based on the anatomy. The recommended implants are fifth generation, gummy bear type or cohesive implant with nano or microtextured preferably FDA approved.

However, the most important factor remains the follow-up in short and long term.

Regular follow up with the surgeon immediately after the surgery will minimize surgical risks. In long term a yearly follow up is recommended with a Plastic surgeon who may advice USG or MRI to ensure the integrity of the implant and body’s response to it. Any breast implant is not considered a permanent implant and it may require a change after 10 years based on the clinical situation. Modern implants carry warranties for several years and also options of extending the duration of cover, one such example can we looked at motivaimplants.com › docs › motiva-warranty-program-terms-and-co…Motiva Warranty Program Terms and Conditions)

I am Dr. Sanjay Parashar and have spent several years working with and learning from some of the best plastic surgeons in the world. I have been practicing for almost 3 decades and have performed over 12,000+ surgeries. My primary practice is based out of Dubai, UAE, but I travel to Delhi, mumbi and Ludhiana frequently to attend to VIP and celebrity cases in India. My specialties include: